Recent urbanisation trends in Tanzania indicate that rapid growth of the population of Dar es Salaam threatens to entrench high rates of unemployment and poor service infrastructure. Based on a sector-based feasibility and political economy analysis, a Triple Line team piloted a market systems approach that would break with this patters by creating quality urban jobs that would also tackle urban service delivery deficits. Our pilot with informal waste collectors in the city boosted both the incomes of the workers that participated, as well as service delivery for the households served – demonstrating clear potential for the approach going forward.

Dar es Salaam is the engine of Tanzania’s economy, but it is not creating enough high-quality jobs. In 2018, the unemployment rate in Dar es Salaam was double the national average, and youth unemployment was more than 25 per cent. The jobs that were being created were concentrated in low-value, non-tradeable service and retail sectors. This situation was exacerbated by the rapid growth of Dar es Salaam’s population, which has grown from 3.8 million in 2010 to six million in 2019, and is forecast to reach 10 million by 2030. In addition to not creating enough jobs, provision of vital urban services was also not keeping up with the increase in Dar es Salaam’s population.

Without urgent action, there was a clear risk that Dar es Salaam would continue growing without addressing deep-rooted issues related to unemployment and urban infrastructure. This would lead to a mega-city characterised by high rates of unemployment and poor service infrastructure, and to an economy concentrated in sectors unlikely to support long-term structural transformation.

Through its Dar es Salaam Urban Jobs programme, the UK’s Department for International Development (DFID) (now Foreign, Commonwealth and Development Office, FCDO) wanted to explore and test the viability of a job creation programme, focusing on the childcare, manufacturing and waste management sectors, taking a market systems approach. This involved a deep market analysis of these sectors, to verify their potential to create good-quality jobs for young people and to identify initial intervention opportunities. To put this into practice, DFID also required pilot interventions to demonstrate the feasibility of using a market systems approach to create jobs. It was critical that underpinning all of these activities was an in-depth understanding of the political economy environment of the three priority sectors in Dar es Salaam. In order to carry out this analysis, Triple Line provided a team that combined expertise in market systems, a deep understanding of political economy considerations through our local experts, and a background in urban public services.

Our approach first validated the priority sectors, assessing their feasibility to create high-quality jobs for young men and women, and the extent to which they addressed wider societal challenges. This demonstrated that supporting Dar es Salaam’s light manufacturing sector was critical in catalysing structural transformation, and interventions in waste management and childcare services helped to address significant capacity gaps in the provision of crucial urban services.

Having validated the initial sector selection, the focus of our analysis then centred on understanding the constraints to growth in each of our priority sectors. This incorporated both an assessment of regulations, policies and informal rules which governed the sector, as well as the market for key supporting services. We also sought to understand the political economy of each sector, the incentives of key actors, and the feasibility of trying to introduce change.

As rates of urbanisation increase, donors and policymakers have shifted their attention from supporting smallholder farmers to creating jobs in urban and peri-urban areas. This assignment demonstrated the feasibility of taking a market systems approach towards creating jobs in cities, and going forward there is clear potential for this approach to be employed in other contexts. 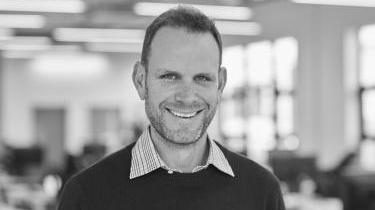