Using satellite imagery to compile geospatial datasets and map city growth in space and time, a Triple Line urban team developed a spatial framework for this complex research project to better understand the role of land markets in influencing spatial justice within the current urban transition in East Africa.

Land markets play a key role determining access to urban space. In the fast-growing cities of East Africa, emergent and uncontrolled land markets frequently promote rapid and unplanned expansion with large slums and scarce urban services which act as a brake on economic productivity and human development. The pace of urbanisation has resulted in the emergence of many-layered land markets with complex inter-relationships that determine equality and inequality in how formal and informal actors and institutions access and control urban space.

’Spatial Inequality in Times of Urban Transition: Complex Land Markets in Uganda and Somaliland’ was a research project designed to increase policy makers’ understanding of urbanisation and land markets, and associated challenges facing East African cities including fragmented and inefficient land use, congestion, unequal distribution of resources and infrastructure. Previous research has focused variously on the impact of formal and informal institutions on those processes; this research sought to better understand how those institutions interact and overlap. The project focused on the city as a system and used a political settlement analysis to explore potential interventions in land markets for policy makers wishing to contribute to spatial justice and create more equal and productive cities as they go through their urban transition.

Triple Line was part of a research consortium with the Development Planning Unit (DPU) of University College London (UCL) and the Institute of Housing Studies (IHS) that carried out this research between 2017-19, focusing on Kampala and Arua in Uganda and Hargeisa and Berbera in Somaliland. Our urban team brought their strong action research and practitioner-level urban policy making skills, an understanding of the current realities of housing and urban infrastructure planning in African cities, and specialist technical skills in geospatial analysis and remote sensing techniques, to lead a spatial assessment focused on mapping historical urban development at the citywide scale and developing a detailed urban morphological analysis of each city.

Our desk- and field-based study of the spatial characteristics of the urban transition in the four cities provided a spatial framework on which other components of this complex, and mixed-methods research project could build. We used satellite imagery to analyse city growth in space and time, to frame an understanding of how the physical form of the city has been influenced by the land markets that underpin that growth. Over an 18-month period the team collected, enriched and collated a number of geospatial datasets in partnership with local research teams from Makerere University in Uganda and the Red Sea Foundation in Somaliland.

This involved using a number of open source data platforms and technologies to gather and analyse location-based data relating to the physical form of the city and its socio-economic make-up. Our research methods were developed with city governments and other policy makers in mind to ensure replicability beyond the life of the research project. This meant selecting technology and platforms that were accessible, easy to use and able to generate robust evidence quickly.

A key innovation was in the use of mobile data capture technology to collect responses from around 8,000 household interviews, to trace the experience of individuals and organisations taking part in land market transactions. This allowed for near real-time analysis of data and remote monitoring of the research teams for their safety, and the security and integrity of the data.

The research outputs have contributed to a wider body of knowledge and regional public goods that can be used to guide policy makers on more effective solutions to managing urbanisation. The locally grounded nature of the research ensured that academics and practitioners from Europe worked closely with East African research organisations to promote learning and best practice with the East African research community. The project outputs have also been used by a number of the FCDO’s own country offices and other donor organisations to guide urban programming in the region; and our use of accessible and open access technologies has helped to ensure uptake of the research methods themselves in addition to the policy recommendations developed in partnership with stakeholders in each city.

This document is an output from a project funded by the UK Department for International Development (DFID) through the Research for Evidence Division (RED) for the benefit of developing countries. This material has been funded by UK aid from the UK government; however the views expressed do not necessarily reflect the UK government’s official policies. 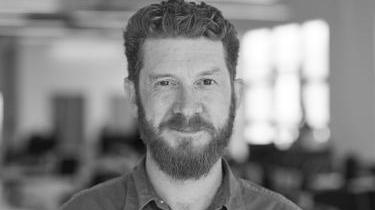 Opportunities and challenges of Secondary Cities - Part of the CitiesWork Series