The prospects for inclusive and sustainable urban development in Somalia are fraught with challenges due to the legacies of war, political instability and environmental pressure. This strategic analysis, by a team of Triple Line’s urban experts, took a ‘city as system’ perspective combined with an urban resilience framework and spatial analysis to unpack the socio-cultural, bio-physical, built environment and economic dynamics of Somalia’s cities. Based on our analysis, we sought to delve deeper to identify ways in which development assistance can take the ‘urban’ as an entry point to underpin a transition from crisis-driven urbanisation to inclusive and resilient urban development.

Urbanisation in Somalia is an established long-term trend with more than 45 per cent of the population now living in urban areas. Somalia’s urbanisation has largely been shaped by forced displacement as a result of security issues and the country’s vulnerability to the adverse impacts of climate change. It is recognised that, given Somalia’s currently fragmented, conflicted and decentralised political environment, there is a fundamental need to adopt a locally-responsive, bottom up approach to inclusive and sustainable development. A focus on cities offers a strategic, local entry point for intervention when considered within a wider, empirically-grounded understanding of ‘what works’ in Somalia.

In 2019, to inform its urban programming in Somalia, the Foreign, Commonwealth & Development Office (FCDO) commissioned this critical analysis which focused on the central question of how Somalia's growing cities can establish a reasonably stable basis on which to promote longer-term sustainable and inclusive urban development. The analysis considered how development assistance could support the underpinning of a transition from crisis-driven urbanisation to inclusive and resilient urban development in Somalia.

To answer this question, a Triple Line team of urban experts focused on two main activities:

We used an analytical framework that drew on urban resilience, systems-based concepts together with spatial analysis of high-resolution satellite imagery to characterise Somalia’s urban system and provide an urban typology. The analysis was informed by a ‘city as system’ perspective that takes an integrated approach to urban programming within a wider national urban systems approach. This assists in identifying cross-sectoral challenges and constraints, and sectoral interactions. Our adapted methodology focused on the following four interlocking systems:

The typological analysis set out a hierarchy of cities and towns based on a methodology for estimating their current populations. Together with outline city profiles this provided the framework for the process of identifying what works and what doesn’t in cities (and how) – including contextualising key issues/problems the cities are facing.

The analysis also explored aspects of political economy, the local (formal and informal) institutional and governance context and role of conflict. As Somalia is marked by multiple war legacies and related conflict dynamics, a nuanced understanding of these dynamics needed to be built into the analysis and urban programming approach. We identified a way to be sensitive to the context of various multi-layered and often overlapping conflicts by tying interventions to other efforts that are seeking to address underlying problems of conflict and weak governance. Such an approach would leverage existing institutional features to help minimise major risks, and could be achievable in a lower capacity context, while at the same time providing an effective systemic process for inclusive and sustainable urban development.

Addressing immediate urban resilience and governance concerns will be key to setting in motion a long-term development strategy to overcome challenges of growing urban poverty and inequality in Somalia.

The analysis concluded that addressing immediate urban resilience and governance concerns will be key to setting in motion a long-term development strategy to overcome challenges of growing urban poverty and inequality in Somalia. Given the levels of uncertainty and risk, there is a need for an incremental approach and scenario planning to urban programming. Within a resilience and city-systems approach such as the one adopted by our analysis, integrated urban development is iterative, responsive, and is developed over short-, medium-, and long-term time horizons. This should be underpinned by a commitment to ‘do no harm’, non-discrimination, and gender equality, as a baseline for increased equitable opportunities for Somalia’s urban population, especially the most poor and vulnerable groups.

The title photos are from the city of Bosaso in Puntland and port of Berbera in Somaliland. 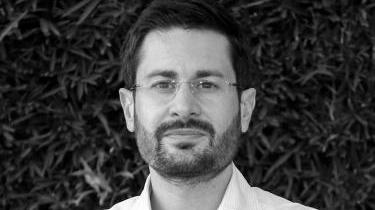