Cebu City, the capital of Cebu Province, is located in the central part of the Philippines. The Triple Line Manila team have been working with the UK Government's Global Future Cities Programme and Mott MacDonald to create an affordable housing strategy for the city. The strategy, which Triple Line were heavily involved in putting together has now approved.

Royston Brockman led a presentation endorsing the Affordable Housing Strategy to the weekly meeting of the Cebu Local Housing Board in early December 2021. The strategy sets out a framework and blueprint for affordable housing in the city by 2040 and proposes innovative implementation arrangements to enact the strategy.

In addition, informal settlements are a significant problem in the city; estimates from Triple Line deem there to be between 87,000 and 129,000 informal settler families in the city, many of which require improved living conditions.

The strategy focused on solving the core shelter problem—the low- and middle-income affordability gap and the growth of informal settlements.

As part of the project, strategic directions for the affordable housing strategy were set out. The process began by setting the context of the strategy; this worked to establish its priorities and enabled the work to be completed through partnerships. Secondly, it was highlighted that the strategy should address supply- and demand-side issues to eliminate the affordable housing gap. On the supply side, this would involve: improving existing informal housing; and increasing the supply of resilient, low-carbon, affordable, social and assisted housing. On the demand side, efforts would be made to stimulate demand. Finally, it was noted that improved city governance is central to the implementation and sustained success of any long-term housing strategy.

The principle for housing and settlement typologies is to transform low-rise informal settlements into communities with diversified choices and variety.

Expensive high-rise solutions close to the city centre or low-rise housing far from the city centre are not ideal for the target market.  Affordable housing is not just about homes—it is about being able to afford a location close to appropriate services, shops, transport, workplaces, green space, having space to relax or play, and health and community facilities, all within a secure neighbourhood.  Overcrowded informal settlements can be upgraded in-situ by improving infrastructure, services and housing to retain as many units in their present location as possible. Alternatively, a redevelopment scheme can be implemented, where land is pooled into joint ownership and redeveloped according to a phased rotational programme that gradually transforms the district. In this community-led initiative facilitated by the city government, the outcome and implementation are the residents' choice.

Innovative implementation arrangements have been proposed.

A key recommendation for the Cebu affordable housing strategy is to establish an arms-length affordable housing finance facility to provide development finance for local social housing developers and other entities. Establishing such a finance facility provides cost recoverable shelter for the poor. Furthermore, private sector involvement is the key, and integration with the formal housing and microfinance finance system is proposed for the provision of buyers' financing. 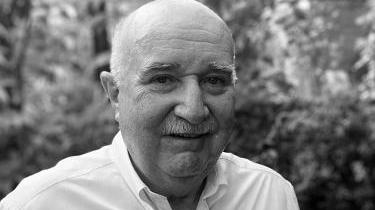 Regional Director, Southeast and Central Asia and the Pacific Region