In 2021, Quezon City has been internationally recognised as one of the leading cities ramping up its ambition and action on environment and climate change. This momentum has been building since it signed up to the C40 Cities network in 2015 and embarked on the preparation of a Climate Action Plan (CAP)  which sets out how it intends to deliver on its commitment to reduce greenhouse gas emissions and contribute to the goals of the Paris Agreement. As the city moves into the final stage of the action planning process, Triple Line’s team in the Philippines is providing technical support to help develop CAP actions and set out strategic roadmaps for achieving them.

In 2015, Quezon City in the Philippines signed up to taking bold action on climate change when it joined C40 Cities, a network of the world’s megacities committed to delivering on the most ambitious goals of the Paris Agreement at the local level. With an estimated population of more than three million people, Quezon City is the largest local government in Metropolitan Manila, the capital region of the Philippines. Its increasing population, and related issues of waste, energy, transportation, and urban greening, are a growing concern.

C40 supports cities to collaborate effectively, share knowledge and drive meaningful, measurable and sustainable action on climate change. Members use a science-based approach and exchange of best practices to take the urgent and effective action needed to confront the climate crisis, aiming to collectively halve greenhouse gas emissions by 2030. They are encouraged to have developed and be implementing, by the end of 2020, a climate action plan compatible with the Paris Agreement goal to constrain global average temperature rise below 1.5˚C, while improving resilience and inclusivity.

To support C40 cities in meeting Deadline 2020, C40 launched its Climate Action Planning Programme, and as part of this initiative Quezon City is in the process of developing a Climate Action Plan (CAP) that shows how the city will deliver on its commitment to reduce greenhouse gas emissions and adapt to the impacts of climate change. It has completed the first two stages of the CAP Framework, with a strong focus on building its evidence base for climate action and determining the extent to which current and planned climate targets, policies and plans are consistent with the Paris Agreement. Key achievements have included a Climate Action Planning Strategic Appraisal, Greenhouse Gas (GHG) Inventory and GHG Inventory Management Plan, Scenario Planning to 2050, as well as a Climate Risk Assessment Management Plan.

Triple Line’s team in Manila is now working with Quezon City on the third and final phase of the CAP process, providing technical support to define the transformational action and implementation plan, including the development and prioritisation of CAP actions and processes.

This has included analysis of the potential benefits of establishing bike lanes and solar roof tops on public buildings as an effective means to reduce the city’s greenhouse gas emissions footprint; identification of opportunities for mainstreaming climate action into the transport, energy, waste, urban planning and building sectors; cost-benefit analysis for two priority climate actions; and development of strategic roadmaps for these sectors to 2050. This has been informed by review of best practice and lessons from other C40 cities; and consultations with stakeholders which have been vital in identifying scenarios for ‘where the city is now’, ‘where the city wants to go’ and ‘how does the city get there?’

Progress on the CAP by Quezon City has accelerated over the past year – despite the challenges of Covid-19 – so much so that it has joined the ‘A list’ of cities recognised by global climate NGO CDP for their progress in ramping up their environmental action and ambition and publicly disclosing emissions reduction targets and inventories.

People ride their bicycles along a newly-installed bike lane in Manila. The coronavirus pandemic and shutdown of public transport during lockdown has renewed interest in cycling as a viable and sustainable transport option. 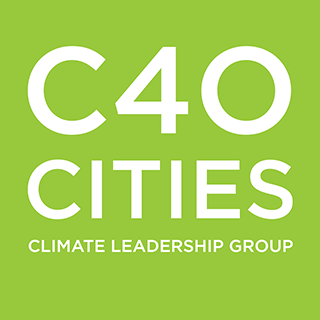 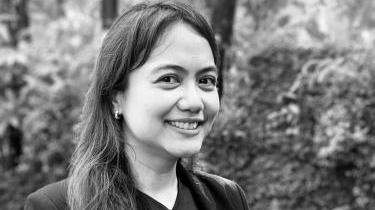